Brex is getting into the venture debt business. As a former partner at a major venture debt lender, and now as an advisor at a firm where our clients raise over $1B a year in early-stage funding, this is very exciting news. A Brex venture debt fund could be very exciting for many VC-backed startups.

Everyone thinks of Brex as a credit card (and more and more of an expense management tool), but they do have a bank-like offering. They’re not an official bank, and aren’t regulated like one, but they do basically take your deposits and can function like a bank with their Brex Cash product. And they have pretty good market share in providing credit card and banking-like services to startups. One of the major ways banks make money is by making loans, so this all kind of just makes sense to the long-term development of Brex.

And of course as a lender, banks and people like Brex who are getting into the business have a huge advantage because they can actually see the cash inflows and cash outflows for a company on a daily basis, and so Brex will have a really nice underwriting advantage over some of the private funds that are out there, and will be on par with, you know, SVB, Bridge Bank, Comerica, California Bank of Commerce, anyone who’s kind of doing venture debt right now as a bank. So that’s really, really interesting. 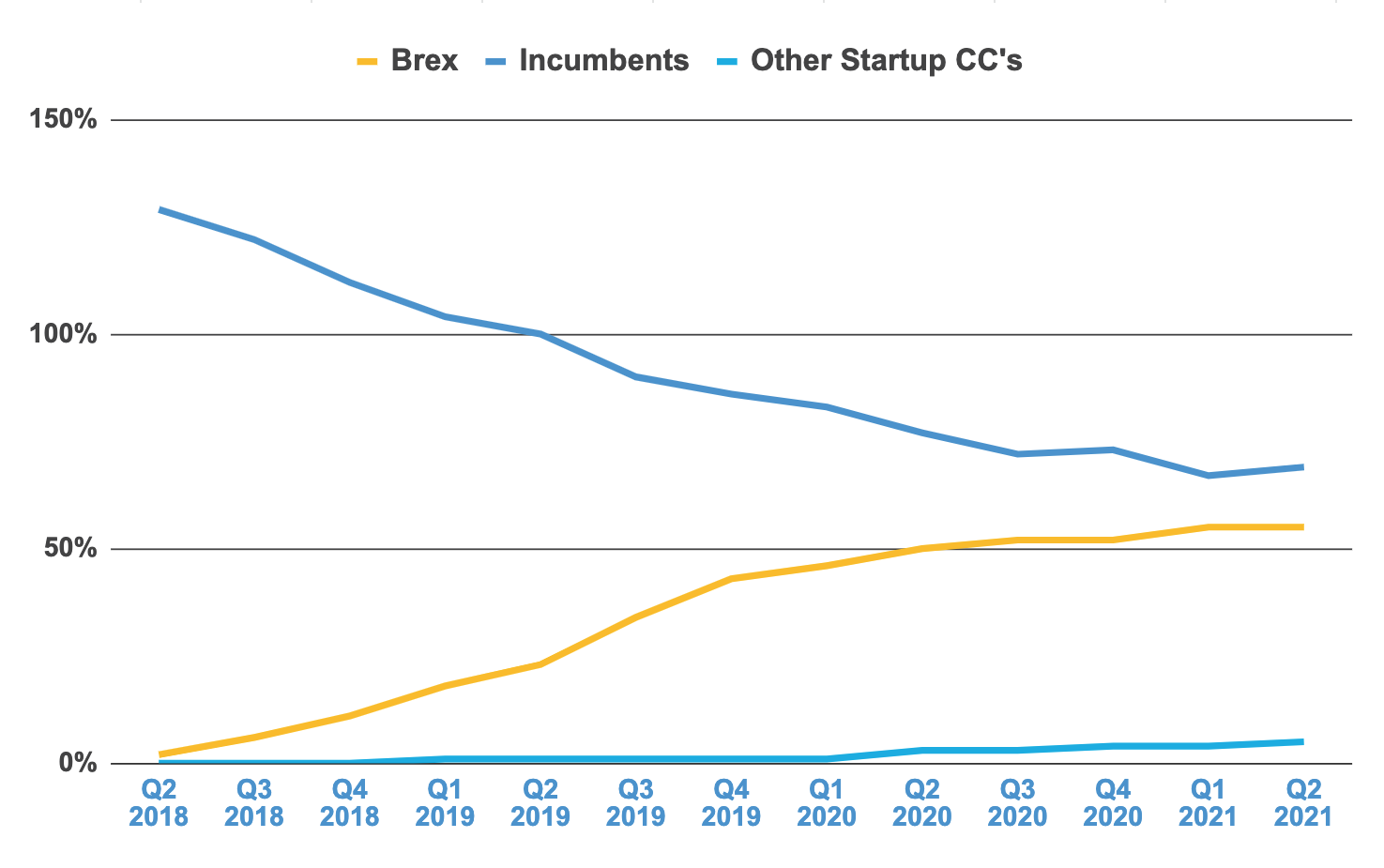 Brex Venture Debt - more like a fund or a bank?

Notice though, that Brex called it a fund. The big question I have is whether Brex will be lending clients’ deposits, or if this is a private fund.

The major venture debt providers basically have two sources of money that they use to make loans - clients’ deposits, or a separately raised, dedicated fund.

Again, banks lend out other clients’ deposits. And because right now with interest rates being so low, there’s almost zero costs for those deposits. We all look in our bank account and have almost no interest income. We have startup clients with tens of millions in their bank accounts that are barely earning any interest - that’s how low interest rates are these days. That means the cost of those funds, if you’re lending out the deposits as venture debt, is really inexpensive, which makes for a great lending model.

Brex, if they are doing a private fund, which we just don’t know yet, means their cost of capital might actually be higher. They could be lending off the Brex balance sheet - their own cash balance - but really they probably do some of that and maybe take some outside investors if it’s a fund.

So we’ll have to see what’s going on. But that’s going to go a long way to determining how expensive Brex venture debt is. And we’ve been hearing about Brex’s foray into venture debt for a couple months now. They’ve actually been soft, kind of selling it to some of our clients and having discussions. We haven’t had anyone who actually signed up for it yet, but that has been something that people have been talking about. And we’ve seen some pretty aggressive dollar amounts like for very early stage companies getting things like a $4 million debt deal.

And the interesting way that Brex is structuring these, at least the conversations to date, have been they’re very open-ended, they’re almost like a letter of credit, not like a traditional interest-only amortizing loan that the venture industry is used to. 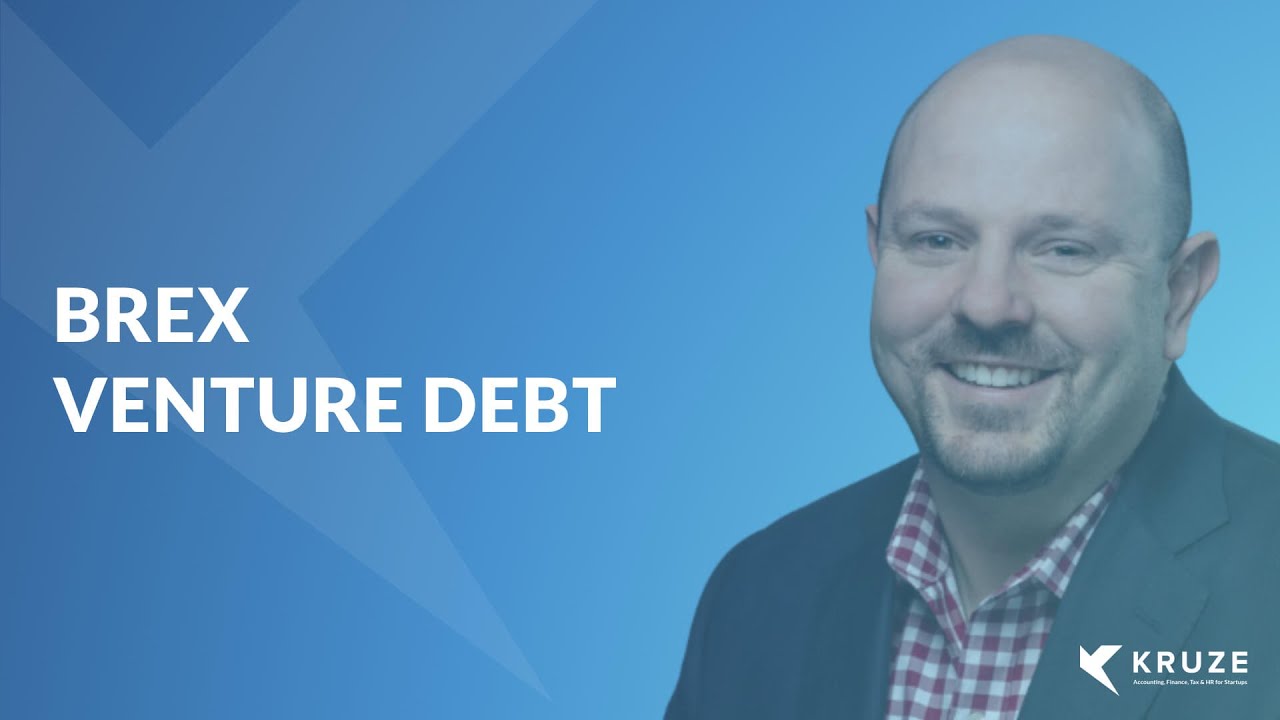 So we’ll have to see, I think part of that could be that Brex is just kind of testing the waters and trying to figure out what structures are going to work and what people want. So we will have to see as they accelerate and start making loans out of that $150 million fund. I had one of our clients that was approached by Brex last month, asked me, “Do you think that because Brex is a venture backed startup themselves, do you think they’ll actually be a better lender to take money from”? And I thought that was interesting. Because I think it’ll help. It kind of shows you that Brex’s brand is very strong and maybe people think of them differently than a traditional bank or traditional venture debt fund. And while we’ve seen VC backed startups in the accounting space (i.e. our direct competitors) really fail their startup clients (because service based businesses, especially when taxes and regulations are involved, are hard), we expect that this will be an easier product to get into.

But I also think that startups out there need to be a little bit careful, and it’s not just like Brex specifically, but any time there’s a new entrant into the venture debt industry, a lot of times lenders will compete on terms because they have to build their brand, they have to create a track record, their salespeople have to be selling something out there, and so a lot of times there’ll be more aggressive on terms, which means bigger dollar amounts, longer interest only periods, cheaper interest rates, cheaper warrant coverage, all that kind of stuff. And sometimes they end up kind of being too aggressive and really struggle. And so that’s the problem when a new entrant that doesn’t have a track record like Silicon Valley Bank or WTI or Triple Point or Hercules or Comerica, Bridge Bank, all these lenders, when they’re new and the institution doesn’t have a strong enough commitment to the category, sometimes they retreat.

And again, I’m not talking about Brex specifically here, I’m talking about new entrants in the venture debt industry I’ve seen over the past 15 years or so that I’ve been doing venture debt lending. And when they retreat, they will typically kind of like lock down and not want to do restructures, not want to do extended interest only periods. Not do kind of the little but very important things that a lender in the startup world needs to do to help facilitate more equity capital coming into a startup that could be struggling, or maybe not even struggling, just doing okay. Those are the points where the lenders really demonstrate their commitment. And the flexibility is really, really valuable.

A lot of times founders get very focused on what the terms are, but they forget some of those big, big points about flexibility and events of default. And so we just all have to be careful, we’ll watch how Brex acts in the market, and they have a great reputation.

At Kruze, we are the largest, if not the second largest accounting partner. So we love them. We’re close to them, but we’ll just have to see how it goes in the venture debt world. Because it’s easy to put money out, it’s always hard to be sustainable and stay in the category for a really long time. So we wish Brex the best of luck, we’re excited about having a new entrant. More capital is good for startups, and it’s going to be exciting to see how their venture debt product evolves. So congrats, Brex.

If you have a term sheet from Brex and want an experienced person to bounce it off of, reach out to us!

And if you want more information on how Brex compares to other startup credit card companies, check out our reviews of Brex vs Ramp, Brex vs Amex and Brex vs Stripe. We have hundreds and hundreds of early-stage companies using all sorts of cards and expense management solutions, and our team has reviewed many of them. 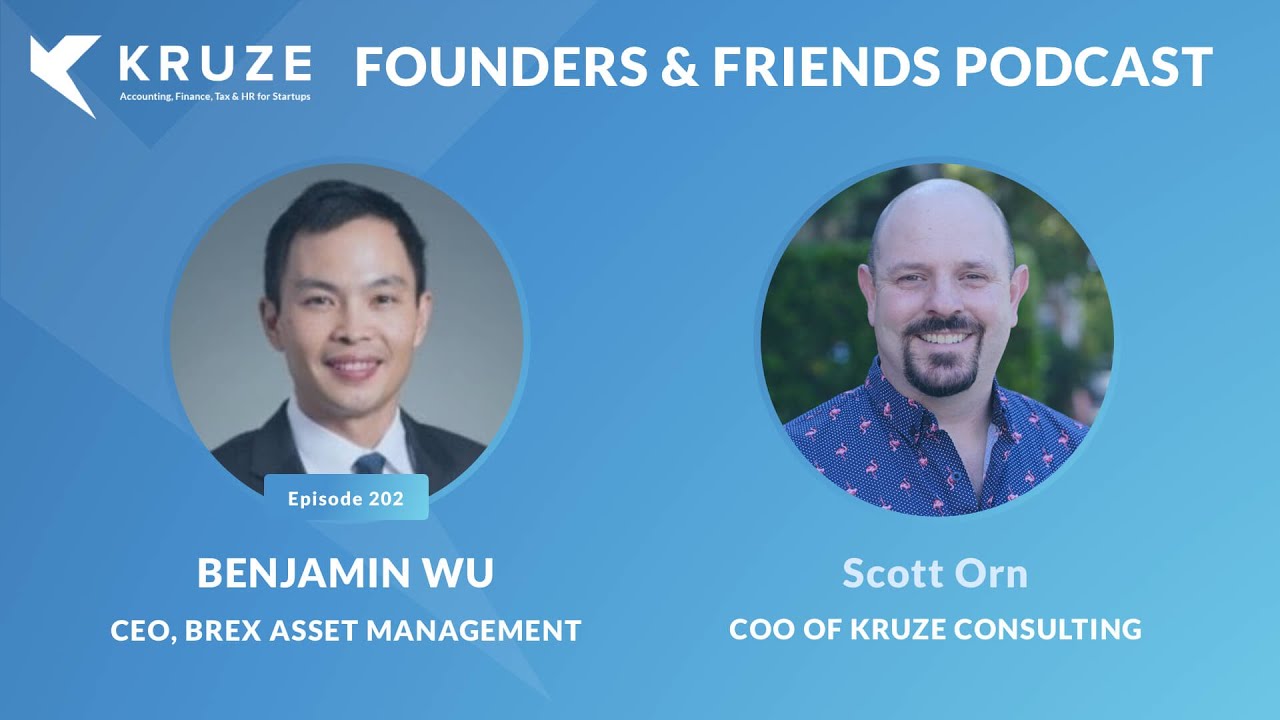 Benjamin Wu on Brex Venture Debt, a new startup lending service from the same company that offers the Brex credit card. Benjamin talks about the reasons Brex Venture Debt was created, its founder-friendly focus, and the strategies to expand the relationships with Brex customers to include lending.

Talk to a leading startup CPA
Table of contents
Contact us