What is the Right of First Refusal (ROFR) when it comes to startup equity? The ROFR is part of the stock purchase agreement that is signed during a venture capital fund raise. It requires any shareholder who wants to sell stock - common stock, preferred stock, etc. - to give the VCs the right to purchase those shares before allowing any other party to buy them.

So Right of First Refusal is something that’s negotiated by the venture capitalists in your stock purchase agreement. 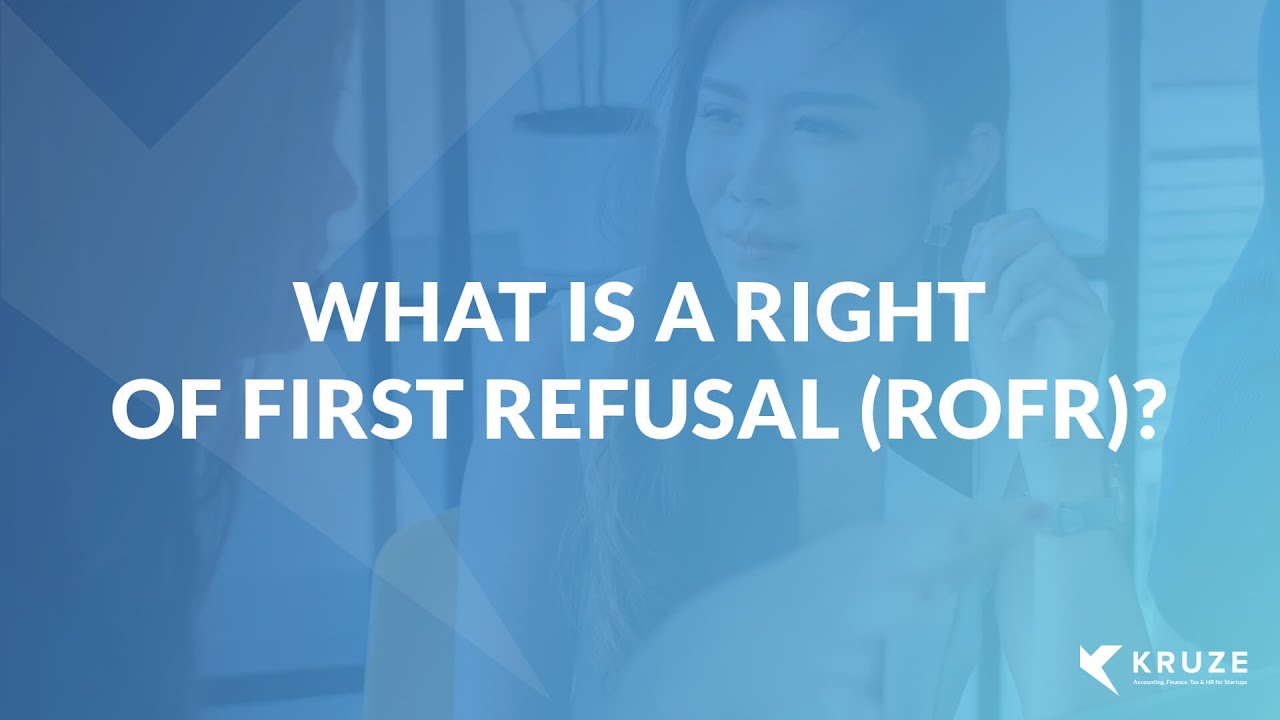 ROFR says, if someone on the inside of the company, like the executive team, or common or preferred stockholders wants to sell some stock, they have to come to the venture capitalists first. This is because VCs have a Right of First Refusal, and get to make the first offer.

There’s a secondary issue here in that if the founding, the executive team, or employees start selling stock to outsiders, there could be information rights transferred and the actual financial results of those companies get out.

Additionally, there is some other language, usually in a stock purchase agreement, that states that you only have information rights if you own a certain amount of a company. So, generally speaking, most companies try to do an IPO, Initial Public Offering and sell stock in a very organized way and try not to have a lot of stock trading outside the company’s control.

This came to a head, around 10 to 12 years ago, when Facebook and Twitter were on their huge ramp and running towards an IPO.

This was great for the people who were able to buy the stock and also great for the employees who could sell, take some liquidity and then get to the IPO.

Typically the venture capitalists wanted to maximize their ownership, so it was a little problematic for them and it had a bunch of secondary consequences.

Because of this, companies have gotten a little tighter on ROFRs. That said, venture capital firms are a lot more willing to do secondary transactions. They’ll buy around a million or $2 million or $3 million of stock from the founders as part of the primary transaction.

So in a way that Facebook, Twitter and all the other successes, the Valley, New York, and Santa Monica have had recently have loosened investors up to they’re more willing to buy secondary pieces. However, they still like to enforce the Right of First Refusal or ROFR. The reason behind this is so that they can buy as much stock as possible before any employees sell it to the outsiders.

If a VC is asking for a Right of First Refusal, you are unlikely to get them to change their mind. They were likely burned in the past when they didn’t have this right, and now insist on getting it on all of their investments.

So I hope that helps. If you are working at a venture-backed startup, it’s a very high likelihood that your company has a ROFR.

So you’re just going to have to work through the proper channels — the CFO, the accounting firm, the general counsel, sometimes the founder — but just make sure you get permission and make sure you do it in the right way. You don’t want anything invalidated or anything weird happening.