It is late in the year 2020, and we can all agree that it’s been a doozy year so far. Everyone will be probably cheering for the same hopes and wishes to have a much better 2021.

It is also a time to get your startup’s financial plan together. You really want to focus your energy to get into the new year as set up as possible, knowing exactly what you need to do to execute. And it really helps to get that financial model or financial plan set up. This is when Kruze Consulting comes to the rescue with free financial model downloads and advice, to make this time of the year run smoothly.

How to do Financial Planning for Your Startup

The most important item that you need to have to put together a good financial plan for your startup is to have a vision of what your long-term strategy and goals are. You’ll want to bake your financial plan around what that particular vision is. The financial plan becomes the near-term roadmap of that vision.

The first thing you want to do is to start, management should be getting together and discussing this and formulating it, but you really want to isolate your key assumptions. And a lot of people use key performance indicators, KPIs, to drive their financial model. Thus, you have certain KPIs like average selling price, number of customers, number of engineers on the development side, productivity per engineer, and so on.

Usually, there are three to four, maybe five, KPIs you want to use to really drive your business. And typically the KPIs will, some of them at least, drive your revenue. And so, most people start from the top and they go top-down. They use the KPIs to figure out what the revenue projections are going to be. And then they start thinking about how they need to support, or how they need to build the organization to support that revenue.

So you’re talking about salespeople, sales engineers, developers, engineers, people who are in operations like HR, recruiting, accounting, like Kruze. Most of the companies we work with are all relying on us on an outsourced basis. We recommend a three-year model. You want to work on a three-year plan, but you also want to really focus on just the upcoming year, because that’s where you have the most control and visibility.

However, all your stakeholders, your employees, your investors, they are all going to care what that three-year plan really looks like, because it’s the trajectory of the company. You’re going from $5 to $10 to $20 million in revenue, hypothetically, and there’s a lot of things that need to happen for a company to make that transition from $5 to $20 million in revenue. And so having that planned out, knowing where you’re going, really helps everyone involved.

Now, we talked a lot about people, but we didn’t talk about some of the more CapEx heavy companies like biotech, manufacturing, or robotics. For those companies, you have to plan ahead on your capital expenditures. And so you really need to know how much equipment needs to be bought, or when it’s going to get delivered, even if any accessories are needed along with that equipment. Thus, planning for a hardware or biotech company, MedTech company, and a robotics company, is actually a lot harder than just a pure SaaS or consumer internet company.

This is why you really need to plan ahead on those purchases and want to build in some lag. Everyone knows that when you make that order for the CapEx equipment it’s probably going to run a couple of months late. And so, you really want to plan ahead, build in that buffer. So you don’t get stuck in a place where you cannot execute because you don’t have what is needed.

Another important part of your financial plan that you really want to think about, is fundraising. Typically startups raise money on an 18-month cycle, and some others every 12 months, or every 24 months.

As you look forward, you want to think about what milestones you need to hit so that you can go back to the VC market and raise money. And if you’re cashflow positive, That’s amazing! At Kruze, that’s how we run the business, but you want to know where you’re going and know what you need to do so that you can raise capital. And I think there are a couple of other sources of capital than just VCs. There are outside VCs, the easiest is the top-up from internal VCs. And normally venture capitalists don’t like to keep writing checks into the company without an outside lead, but they are getting more aggressive these days and they really want to get as much capital into their good companies as possible. So that’s a conversation you can have. If times are tough, they’re typically the only ones who are going to support you. So that’s a second conversation to have about a bridge loan with them.

The other external source is lenders. There’s a very big venture debt market. And there’s a lot of liquidity there, a lot of lenders looking to put money to work. Thus, if your company is doing well, then fundraising actually can be really, really easy because you go out to the debt markets and you get six months of the runway extension. And that way you know you’re going to be able to hit the milestones you planned in your financial model.

Now, we’ve talked about debt. I think the final thing on just the fundraising aspect is, you can ask your investors just point-blank to give you the honest truth. Are you fundable right now? I think that’s a really good exercise for startups to go through. And you know what? You may not like the answer you get a lot of times, but you’re getting that real-time data and check-in. And so that’s a good thing to end the board meeting with. And again, it’s not always good news for you, but at least you know where you stand.

Now, let’s talk about board approval. Sometimes, the boards, even in the stock purchase agreement and investor rights agreements, will include that they have the right to approve the financial plan for the year. So you’re going to present that budget to the board.

Now, I like to get all this done in December if possible, maybe January. The reason for that is if you can get everything nailed down, the board approved in December, you’re going right into January. You’re collecting resumes already, you’re going to be interviewing and you can usually hire those people that you need by the end of January or February. If you’re getting this board deck and board presentation approved in January, it puts you on a month delay and that’s not a huge deal.

Most recruiting doesn’t really turn up until the end of January. But just earlier is better. You also need to build in some buffer time because you’re going to need to have some conversations with your board. I would not just present the plan like, “Wow. Here it is.” I would be having side conversations with them while you’re building it, checking in, making sure you are consistent with what their assumptions are. And it’s very common for board members to not approve the plan on first blush and send you back to the drawing board a little bit. And often, they just want to see a more aggressive plan because they’ve invested a lot of capital in this company. They want to see it produce big numbers and a big exit out of it. This is why they’re going to challenge you to be more aggressive.

And then the final aspect of financial planning for 2021 is really the execution. And a lot of it is getting those orders in for CapEx, getting HR, getting recruiting ramped up, making the time in your schedule and team members’ schedules to actually do the interviewing and attract really good people. One of the big reasons I see our clients miss their numbers, if they do miss them, is because their plan was predicated on bringing a certain number of contributors, whether it’s developers or salespeople into the organization. And they’re just late hiring those people.

But most importantly, you’ll have a happier you and a happier executive team of your startup.

To sum up, please, don’t wait, don’t procrastinate! Now’s the time to start planning for 2021. Get that financial plan done. You’ll sleep better. You’ll enjoy the holidays more and you’ll have just a great start in 2021!

Do startup boards have flexibility in setting the strike price for options?

When Should Startup Founders Pay Themselves? 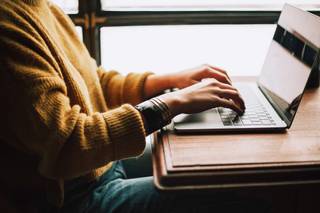 Gusto vs Rippling: Which Is Right For Your Startup?