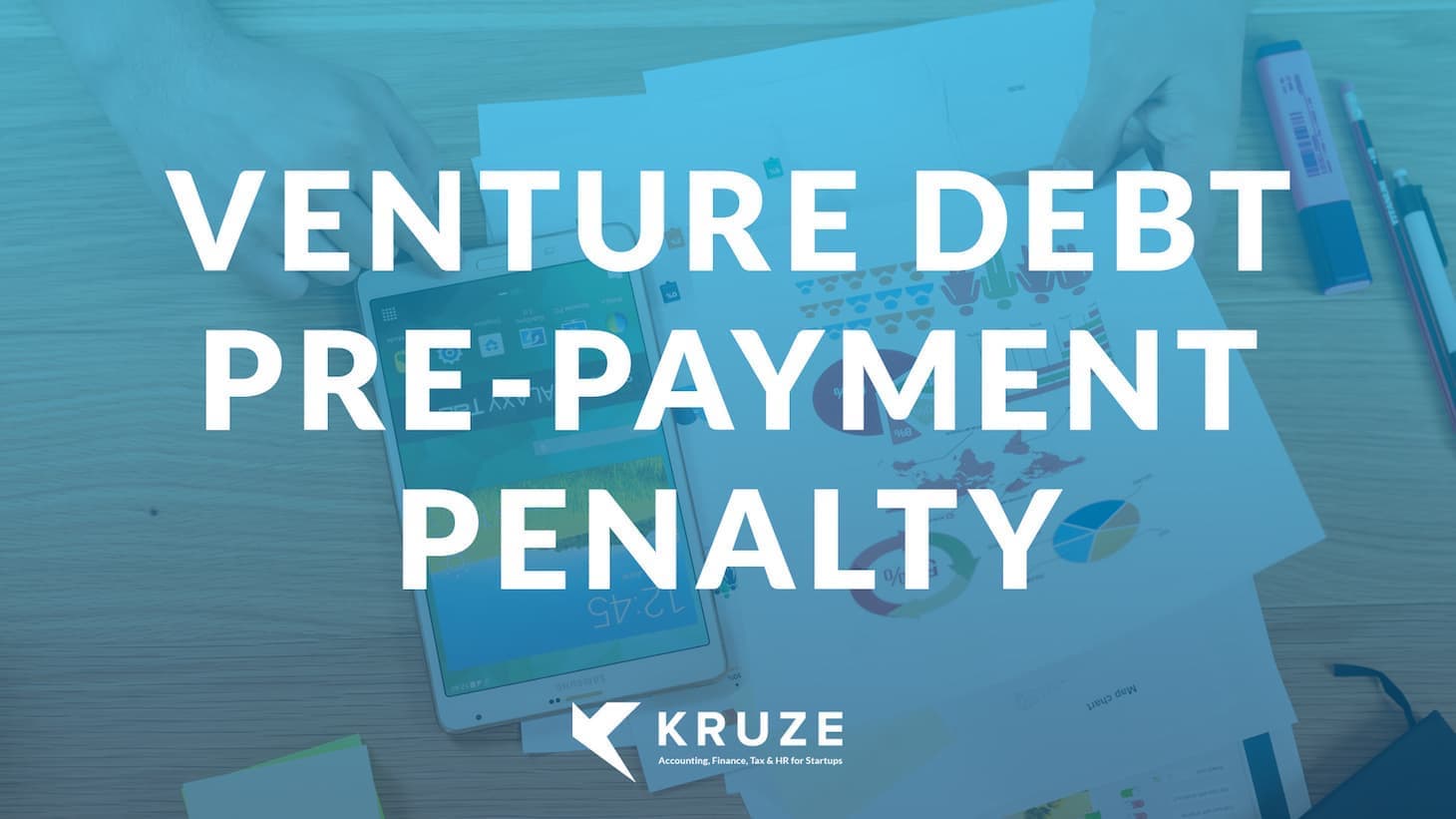 Video: What’s a Pre-Payment Penalty in a Venture Debt Deal?

Pre-payment means that you’re going to pay back your loan early. You know, typically, when a venture lender makes a deal, they project out the total interest they’re going to capture over the life of the loan, and that’s their return.

Thus, when you prepay, you’re actually cutting down their total return. And of course, usually, it’s the best companies that are in a position to prepay, because they got a big equity term sheet.

So, of course, the venture lenders want to be compensated for that risk of prepayment. And also, sometimes the best companies aren’t prepaying, and so those may turn into losses someday.

Thus, they really want to maximize the best companies. So, our typical pre-payment penalty that we see is usually 3% of net book value in the first year, 2% in the second year, and 1% in the third year. That means that it’s going down over time, and it kind of aligns with the fact that the venture lender’s getting a lot of interest along the way.

And, you know, later in the loan, the third year, the pre-payment penalty doesn’t need to be as big. Now, some lenders you need to be careful of, because in their term sheet they’ll write some nice, rosy language that says, “Sure you can prepay the loan, just prepay all the future interest payments.” And when you stop for a second and think about that, what they’re really saying is, “You can pay the loan off, just pay everything you were ever going to pay us right now.”

Not only are they getting all the interest they were going to get through the life of the loan, but they’re getting it upfront, which is an incredible deal for the lender, but not a great deal for the startup. So, I would encourage all the startups out there that are doing venture debt loans to ask for the 3-2-1 pre-payment penalty.

And do not do the pre-payment penalty where people are asking, the lenders are asking, for the entire interest of the loan prepaid. That’s not a great deal. I wouldn’t recommend it, and I would go for the 3-2-1.