In the United States, there are four types of securities that are typically used by venture capitalists to invest in Silicon Valley-style startups. The first three are the most common, but we do see unicorn-level companies dealing with the fourth, so we are including it:

Let’s break down these securities.

Now the first one is convertible debt, and this an old-school approach for a seed or angel round, or for an extension of an existing round (sometimes called a bridge). Convertible debt comes in as debt, but it’s really designed to convert into equity when there are larger rounds. So typically, this is angel and early stage VC funds are going to invest in this. Sometimes there’s a very small interest rate attached, maybe 2, 3% interest rate, and there’s typically a term of something like 18 to 24 months at which point the convertible debt is due. However in practice, almost all investors roll that over if the startup needs more time, but it is debt, it does come out first if the company’s ever liquidated or sold. And so it is something that investors do like to invest in, convertible debt.

And again, there is a conversion feature. Typically what’s called a cap, a total value, so some, for example, a startup may raise convertible debt at a $10 million cap, meaning everything after $10 million in valuation on next round, the $10 million valuation is used for those investors who did the convertible note, whereas the rest of the round that’s coming in, maybe it’s a 20 or $30 million valuation gets priced at that. The cap is there to incentivize early stage investors to take the risk and help the company get funded and get them on their way. They essentially get a better deal than the rest of investors because they’re investing earlier. So that’s convertible debt.

Secondly, there are SAFE notes. SAFE notes are the next iteration of how VCs invest in very early-stage companies. And this is something that was popularized by Y Combinator, and they wanted something that was a little more friendly than convertible notes. So SAFE notes are not technically debt, they are technically equity (for the accounting nerds out there - this means they will look different on the balance sheet). However, there is a new movement, probably in the last year or two, where SAFE notes do have that priority repayment feature that’s basically typical in convertible notes, meaning if there’s liquidation, if company gets sold, the SAFE notes do get paid out first. The SAFE notes typically do not have interest rates associated with it, so there’s no compounding there. And typically they do not have a term, they just kind of run on and on and on until there’s a conversion event. They do have that conversion cap. So that same example where I talked about like a $10 million valuation on the convert would be the same thing for the SAFE note and then when the Series A or a bigger round comes in, they will get to convert at that favorable valuation. So that’s SAFE notes.

First of all, it’s typically senior to common equity in the respect that it has a liquidation preference, meaning the first, usually it’s a one X (X means “times”)  liquidation preference, meaning the first money out goes to the investors. So if the company raises $20 million, and the company sells for $20 million, that $20 million goes to the investors, the common shareholders, which is typically management and employees who hold options, do not get to participate. This is probably the single most important feature of preferred stock. It gets that liquidation back before the other equity holders are paid out. And what that does is it allows VCs to take a lot more risk because they know that even if things don’t work out well, the company has probably produced some enterprise value, and they will be able to get their money back. That really reduces the risk for VCs.

Some other important terms of preferred are some of the voting rights. Sometimes, voting rights around acquisitions or around financial plans or venture debt or even management appointees is made either on a “as-converted” basis, meaning all the shareholders vote based on their total ownership percentage as if the shares were all converted to the common or sometimes it can be on a share class vote, meaning the Series A preferred stock investors, they have to approve any initiative specifically between them. And typically what this does is creates like almost like a blocking right for those investors.

The rationale here is that it helps prevent certain scenarios. An example, a nightmare scenario for a VC is they invest in a company, and two weeks later the management team wants to sell the company. Now the VCs have put a bunch of capital and done a ton of work on this, and they don’t think it’s the right time to sell. Having that vote as a share class, as an approval, can actually help the VCs not sell the company. They can actually overrule the management team and make sure the company doesn’t get sold. Now pragmatically speaking, that would be a very aggressive thing to do, but it is a leverage point. And it is very rare that a VC would want to, would invest in a company, and the management team would try to sell it right away. But that vote as a share class, gives the VCs a lot of power.

There’s some other little things around preferred stock, even participating preferred, which means, which is pretty rare these days, but it used to happen where VCs would get their liquidation preference back, that 1X back, plus they would then get to participate in all the upside alongside the common. The typical structure of preferred equity is that you either get your liquidation preference back, or you have to convert into something like common and everyone shares in the proceeds.

Now the final instrument VCs use to invest is highly structured preferred, and this is typically at the very late stage kinda unicorn-style companies, and it’s typically used when late stage companies do not want to do a valuation write down. So they, maybe they raise money at a $500 million valuation. They don’t want to go below that. They need to raise more money, so they create a highly-structured instrument that late stage investors can invest in. And what this typically is, is a much higher interest, almost like a dividend rate or an interest rate associated with that preferred, and it’s going to compound at a much higher rate.

And so the investor, the late stage investor that’s investing in this, is basically thinking, hey, this is pretty much like debt, but we’re going to call it equity. It’s going to have a senior liquidation preference, so they get their money back first, and again, there’s going to be a dividend or interest compounding that makes their investment grow at the right rate of return for them.

So the three ways venture capitalists in the US typically structure their investments are 1) convertible debt, 2) SAFE notes, 3) preferred equity, and then again, these highly-structured, 4) late stage preferred equity instruments are what VCs use to invest in startups. If your startup is raising venture capital, consider working with Kruze. We have some pitch deck templates that you might find helpful - and more importantly, we are experts at helping early-stage companies navigate the VC due diligence process, and Our clients have raised over $5.5 billion in financing!

What Salaries Did Startup CEOs Earn in 2020? 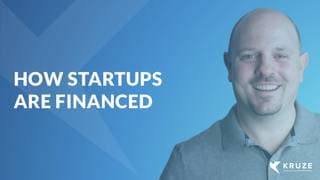