Can you backdate payroll?

Today I’m answering the question, should your startup backdate payroll?

And my emphatic answer is NO. Please do not do this. Do not backdate any payrolls for any reason.

The reason you do not want to backdate payroll is because you’ll create compliance problems with the IRS. I know - it seems so simple just to run those payrolls on a historical date and everyone gets paid and you’re catching up with money you owed employees…

But, the IRS takes payroll taxes very seriously. That’s one of the main tax revenue drivers in the United States.

Do not do it. Please, it’s going to create a ton of problems. People don’t know, but payroll penalties, payroll tax penalties create a lot of problems for companies and it’s a lot of paperwork. It’s a lot of time spent on hold with the IRS or trying to catch up or paying a specialist to handle those payroll tax re-filings. 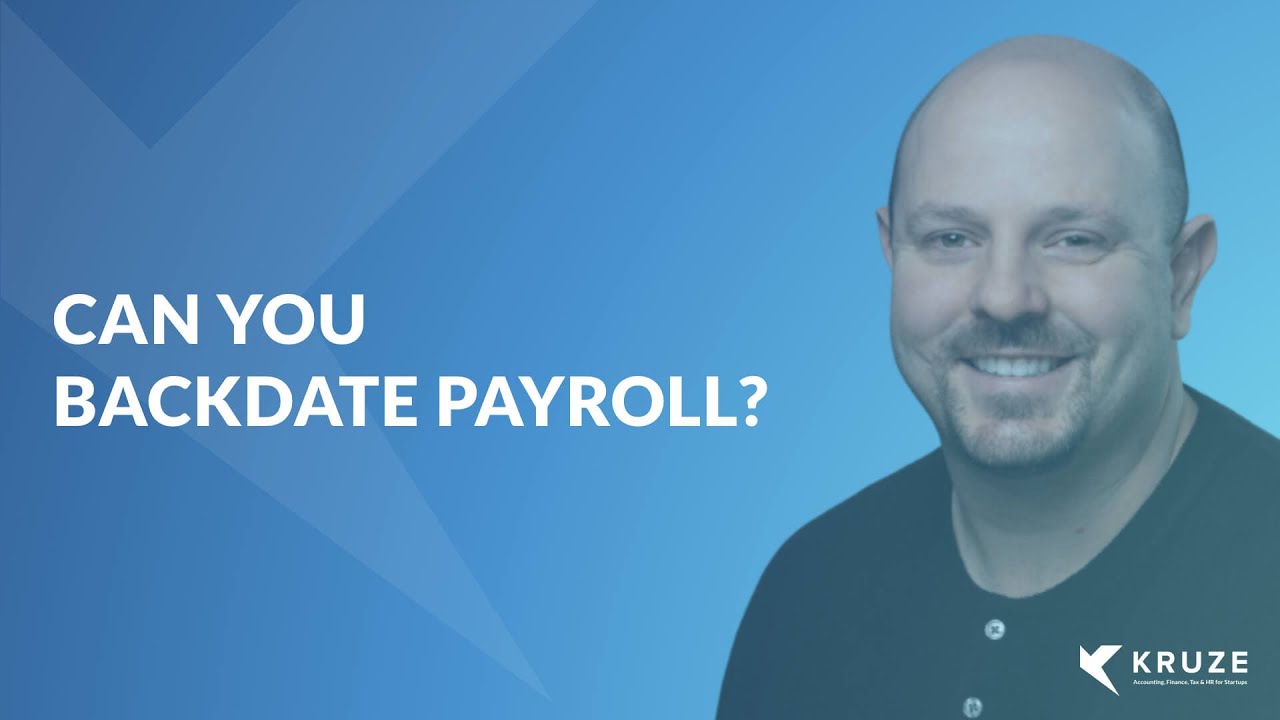 Can founders backdate their own pay after they raise funding?

NO, you should not do this. The use case we see companies trying to do backdating is when startup founders do not want to take salary until they raise funding, which makes sense. Before the startup has raised funding, there is no money in the bank, so they don’t draw any salary. And so what the founders do, the logic is they think, “Well, hey, I’ve been spending three to six months raising money. So I raised money and now I’m going to pay myself for those three to six months in the past.”

And again, I totally get the logic and it makes perfect sense, but again, backdating the payroll is going to cause problems with the IRS.

What I would recommend is if you start working in a startup prior to raising capital, and you are planning on not drawing a salary until after you raise funding, is that you should put into your contract that you’re going to get a bonus when you raise the capital. So instead of running a back payroll, you’re actually going to be in compliance with the IRS because you’re collecting that bonus payment that’s in your contract.

It’s very important to have this in your contract or as an agreement with the board so that it’s documented ahead of time so that you can show the IRS that you weren’t just playing around and ran a bonus payroll for six months of retroactive payroll. You want to have this all documented properly. But if that’s in your contract you have the agreement with the board, you do raise the cash, then it’s perfectly fine to run a bonus payment for the successful raising of capital. And now you’re going to be running your normal payroll. And if you are a founding team who wants to get paid for the time spent on the company prior to the fundraise, circulate a document with each founder that states how much you’ll be paid in a bonus after you raise funding.

The big takeaway needs to be just please don’t run retroactive payrolls. It’s going to get you in compliance problems. You’re going to spend less time building your startup and more time dealing with the IRS or you’re going to have to pay someone like Kruze to fix this stuff. If you are wondering what the average startup CEO salary is, check out our Startup CEO Salary Report, where we breakdown the typical CEO pay based on startup round, industry and funding raised.

And we don’t really like fixing these types of problems because it’s a real pain and it’s very intense for us. Sitting on hold with the IRS is never fun, even if you are getting paid to do it. So please do it the right way. If you have any questions reach out to us.

How to Protect Intellectual Property With a Global Team

When Should Startup Founders Pay Themselves?

Why do startups need to break down their revenue by state?