The IRS has a startup R&D tax credit that allows unprofitable startups to decrease their payroll tax liabilities by up to $250,000 per year. The tax credit is available to startups that conduct qualified R&D activities within the United States.

R&D Tax Credits for Startups - What You Need to Know

Scroll down to use the R&D Tax Credits Calculator

Traditionally, these tax credits were calculated and saved up against a Corporation’s annual tax forms. For startups that aren’t yet profitable, that meant that they would only benefit from these tax credits once they became profitable in future years.

Let Kruze Consulting handle your startup’s R&D Tax Credit analysis and preparation. We charge a fixed fee of 15% of the anticipated captured credit amount with a minimum fee of $1,000.

Starting in 2022, the IRS is requiring additional documentation from startups that are claiming research and development tax credits. The new requirements include providing more information about the startup’s R&D claim.

Startups will need to identify:

If the IRS rejects your claim, you may not have the opportunity to “perfect” your claim and you may lose R&D tax credits. It’s important for you to review these requirements with an R&D tax professional so you document them properly.

Caveat: The information on this page intended as general guidance and it doesn’t substitute the need to work with a professional. It’s also a high level overview and is in no way complete. Your company is unique; contact Kruze Consulting.

Unprofitable startups can reduce their burn rate up to $250,000 per year with an R&D tax credit study. Take advantage of the startup incentives set in place by the US government and help your startup reduce your payroll tax burden!

* Estimated amount of cash burn reduction due to payroll tax benefit, contact us for a more detailed estimate. Every startup’s situation is unique; this number is only an estimate.

per year in startup payroll tax savings. That's how much Kruze Consulting's R&D Tax Credit Studies are saving our Clients.

Contact us today to see if an R&D tax credit study could help your company!

Why are R&D tax credits now so valuable for startups?

First, what is an R&D tax credit?When you spend a lot of money on true R&D, your engineers are building something unique and novel, you can capture a small percentage, about 5 or 10%, of that spend into credit, and that credit can be used to offset your taxes in the future. It’s a nice tax policy designed to incent companies to spend money on R&D and move the ball forward in technology.

In the past, R&D tax credits were not able to be used immediately.R&D tax credits have been around for a long time, but in the past, you could do an R&D tax credit, but you couldn’t use it until you were profitable. For most startups, they don’t hit profitability until about five to ten years in. Or they may even be acquired before hitting profitability. It became this thing where it’s a low ROI thing for startups. The feeling was, “why would I spend precious dollars now for some benefit that I’ll maybe get 5 to 10 years from now?”Because of this, many companies either did a placeholder or they just wouldn’t file it.

A few years ago, the tax policy changed.However, then the government, the Treasury, and the IRS got together a few years ago and said, “how can we incentivize more R&D expenditures in our economy?”They wanted to keep improving on technology and incentivize companies to do this?So what they realized was that startups, one of the biggest innovation engines in the economy, were not taking advantage of the R&D tax credit. They realized they needed to make it more applicable and ROI-positive for them immediately.Once they looked around and they realized that pretty much every startup that was doing R&D was paying payroll taxes, they realized they could let startups apply for the tax credit against their payroll taxes, and that made them ROI positive immediately..Use the Kruze R&D tax credit calculator to estimate how much money your startup could save using this valuable incentive. Kruze has helped hundreds of companies save millions of dollars in payroll taxes. Take advantage of this government program!The tax policy worked and we are seeing companies spend a lot more and aggressively and build their technology. 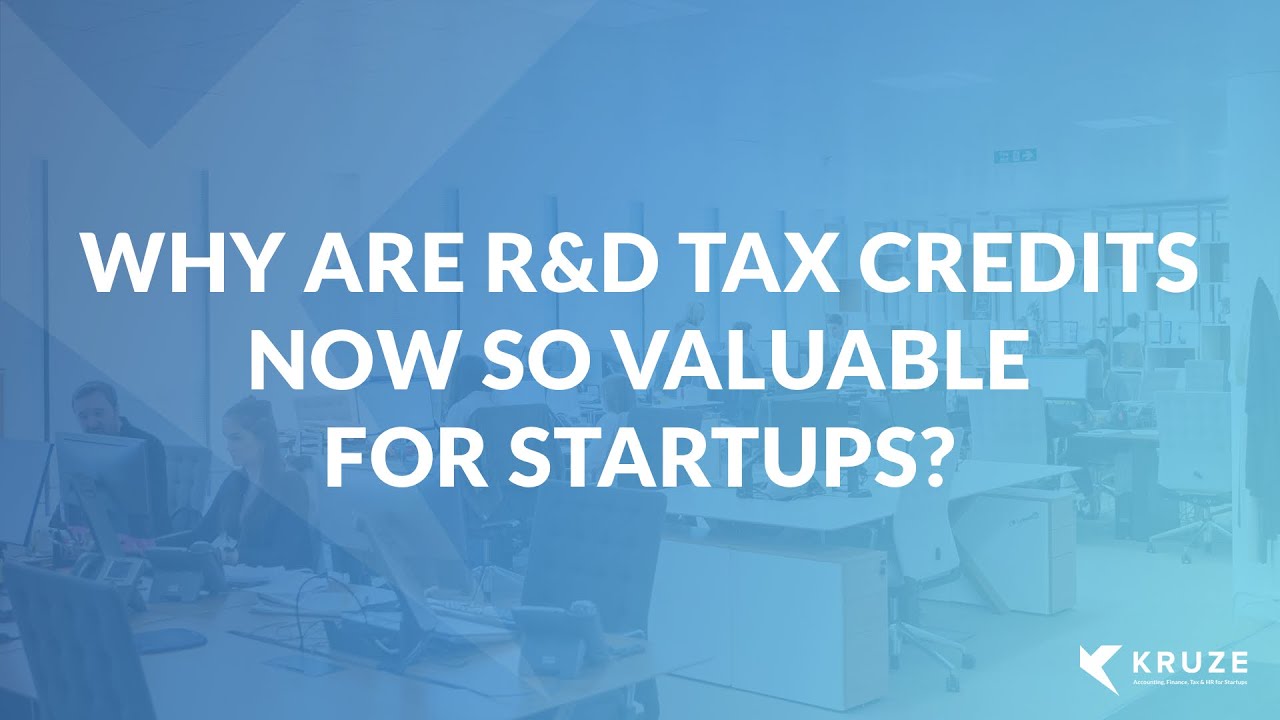 Why should I have my startup file for the R&D tax credit payroll offset? 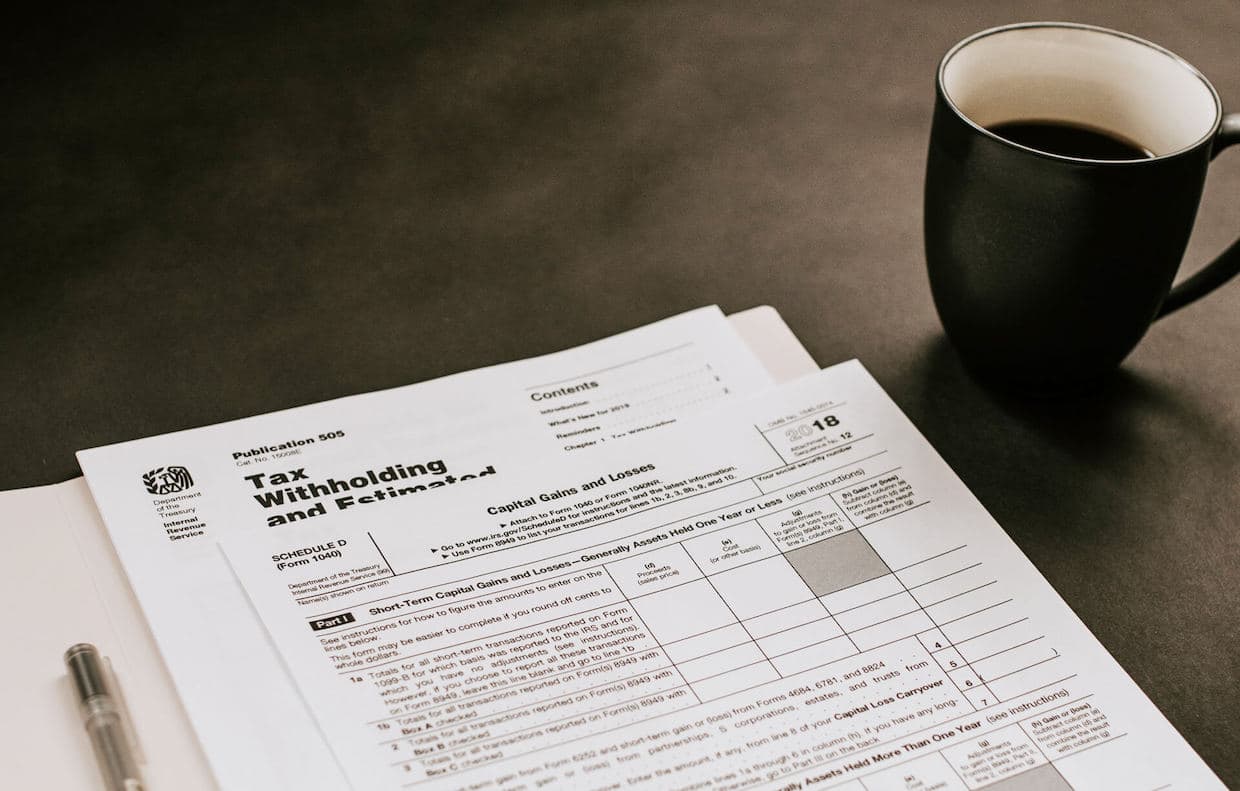 Section 382 is a part of the IRS code that the IRS created 20 or 30 years ago to try to limit how corporations could use their net operating losses to reduce their profits.

This is a difficult calculation, and we do not recommend you try to do a Section 382 calculation on your own. ANd startups really ought to work with a CPA who knows early-stage businesses, because part of the calculation involves looking at your company’s capitalization table. Unless your accountant works with venture-backed companies, they are going to have problems applying Section 382 to your VC backed cap table!

If you become profitable. You are going to want to start using your Net Operating Losses (NOLs) - so contact us or a CPA who knows early-stage companies.

If you are getting acquired. If a big company is buying your business, they are going to want to use those NOLs, and those NOLs have real value. You are going to want to capture those, so again, get a good accountant to help you. On average one to three of our clients are acquired each and every month, so we know how to negotiate with public company tax teams!

If you are liquidating some of your assets, you probably have valuable NOLs.

Watch the video to learn more. 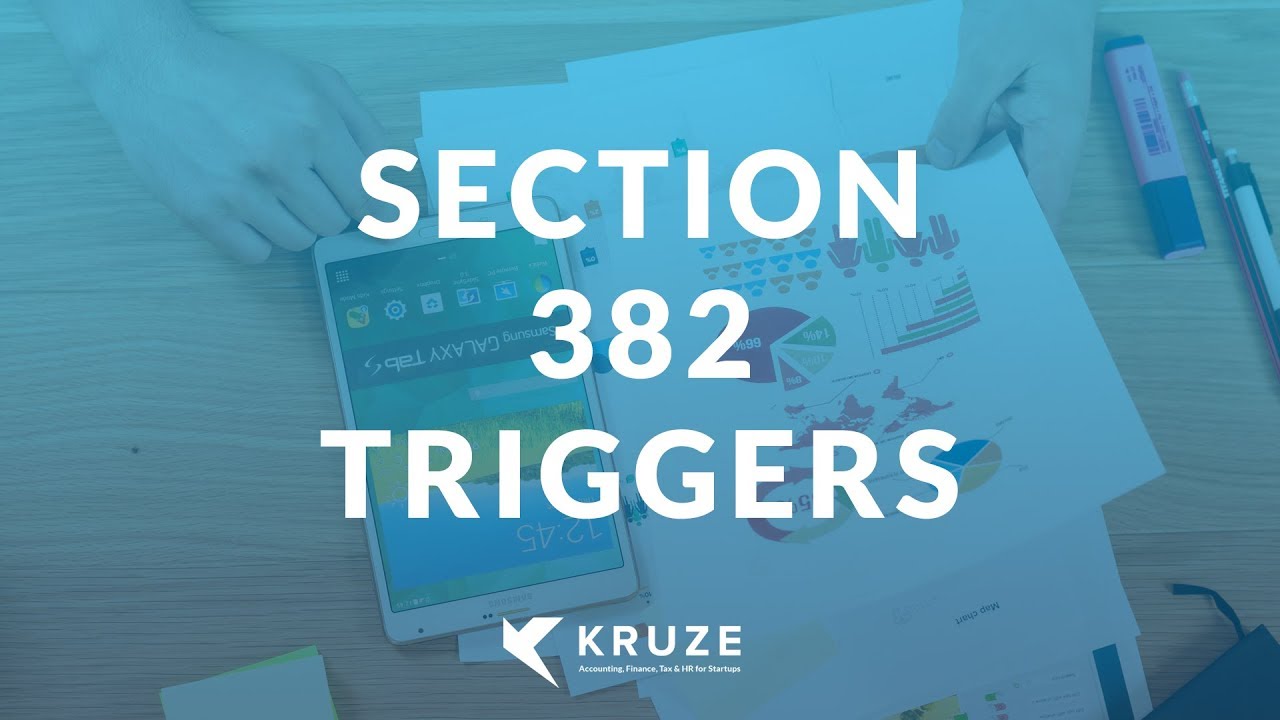 How much does Kruze Consulting charge for R&D tax credit preparation?

For Startup R&D Tax Credit analysis and preparation, Kruze Consulting charges a fixed fee of 15% of the anticipated captured credit amount with a minimum fee of $1,000.

Am I eligible? Can any company apply for the R&D tax credit payroll offset? What defines research & development?

Unfortunately, not every company is eligible. You must be creating something new, and by new I mean pass the IRS’ 4 Part Test. Your R&D must be: 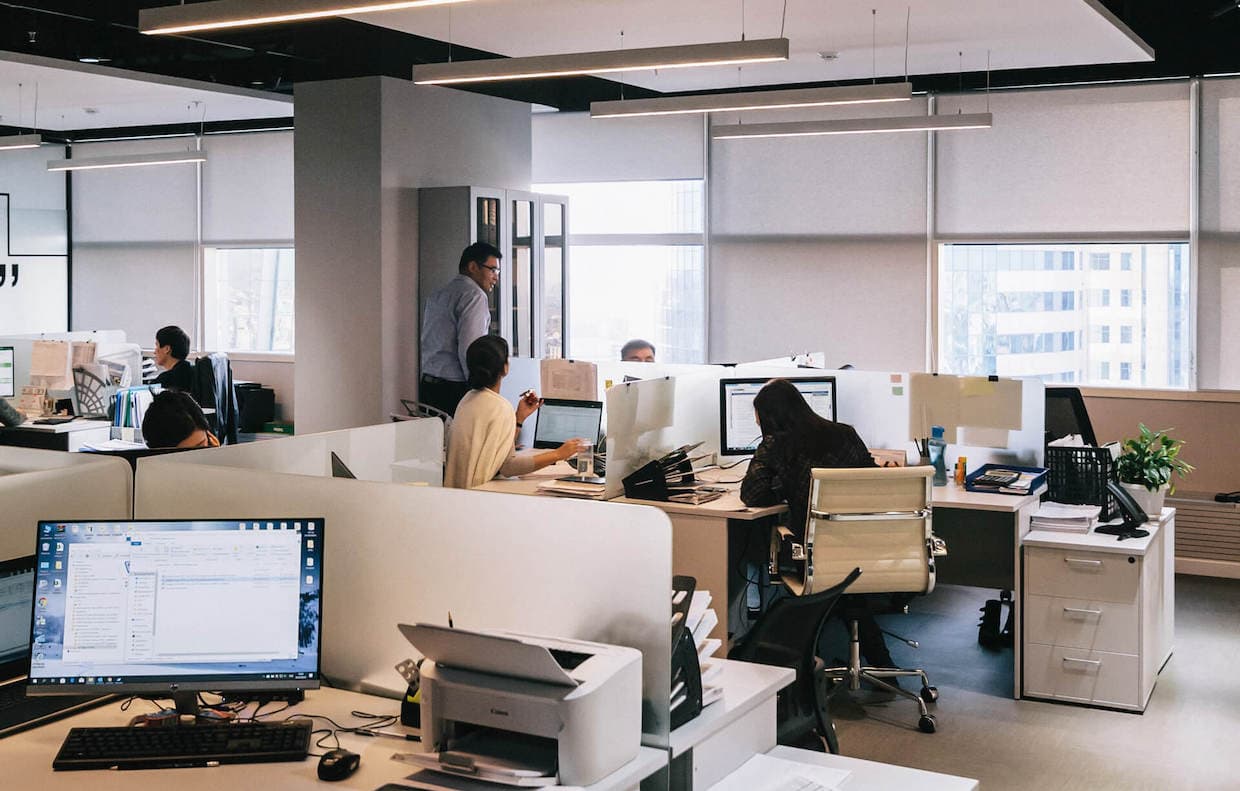 Are there any R&D activities that don't qualify?

Yes. Here are a few: 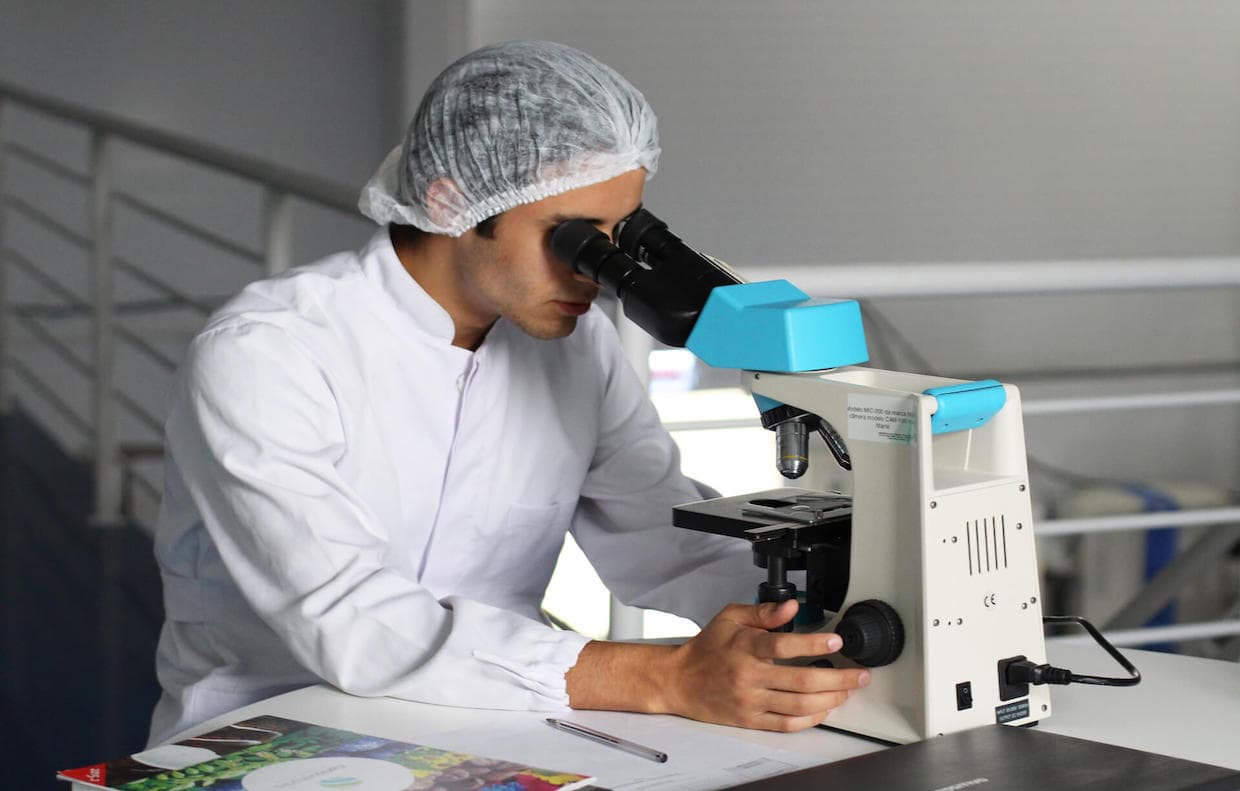 Is my startup eligible for the R&D tax credit payroll offset?

Your startup must have qualifying R&D expenses (see definition below). Your business must be new; only startups that have generated revenue for 5 years or less can claim the new tax credit. If you had receipts prior to 2012, then you’re ineligible. Your company must have less than $5 million in revenue in 2018 and each subsequent year that you claim the payroll offset. 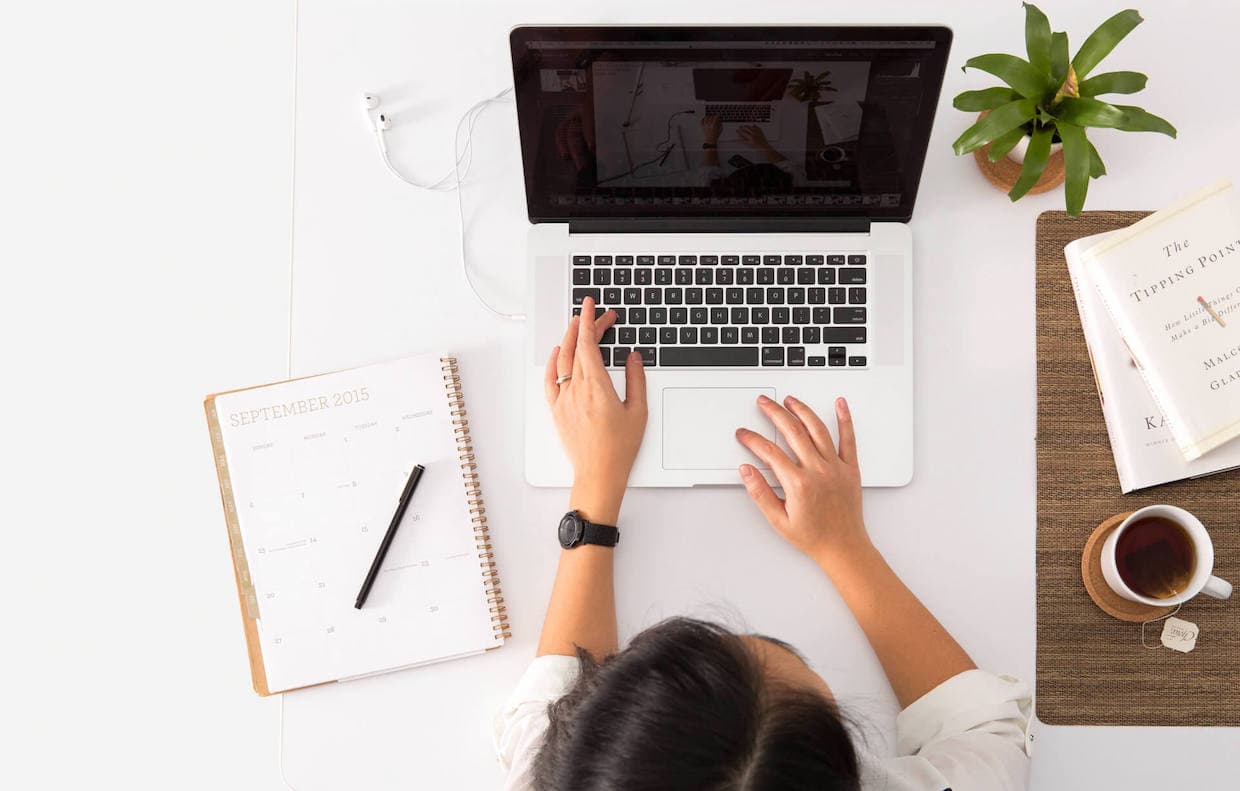 What qualifies as an R&D expense? What goes into the calculation?

What goes into the calculation of an R&D expense, for the tax credit calculation purposes? And the answer is there are four main categories.

The first of which is wages. And this is where you’re going to capture a lot of your value. But keep in mind you can only do this for people who are engaged in R&D type activities. So usually this is your engineers.

Next up are your subcontractors. But again, only those are engaged in R&D and only the ones that are domestic.

Next up we have supplies, this is your nuts bolts all of the hardware that kind of goes into whatever you’re developing. You can absolutely include that in the R&D tax credit study.

Last but not least, but we rarely see this computer leases and rentals. 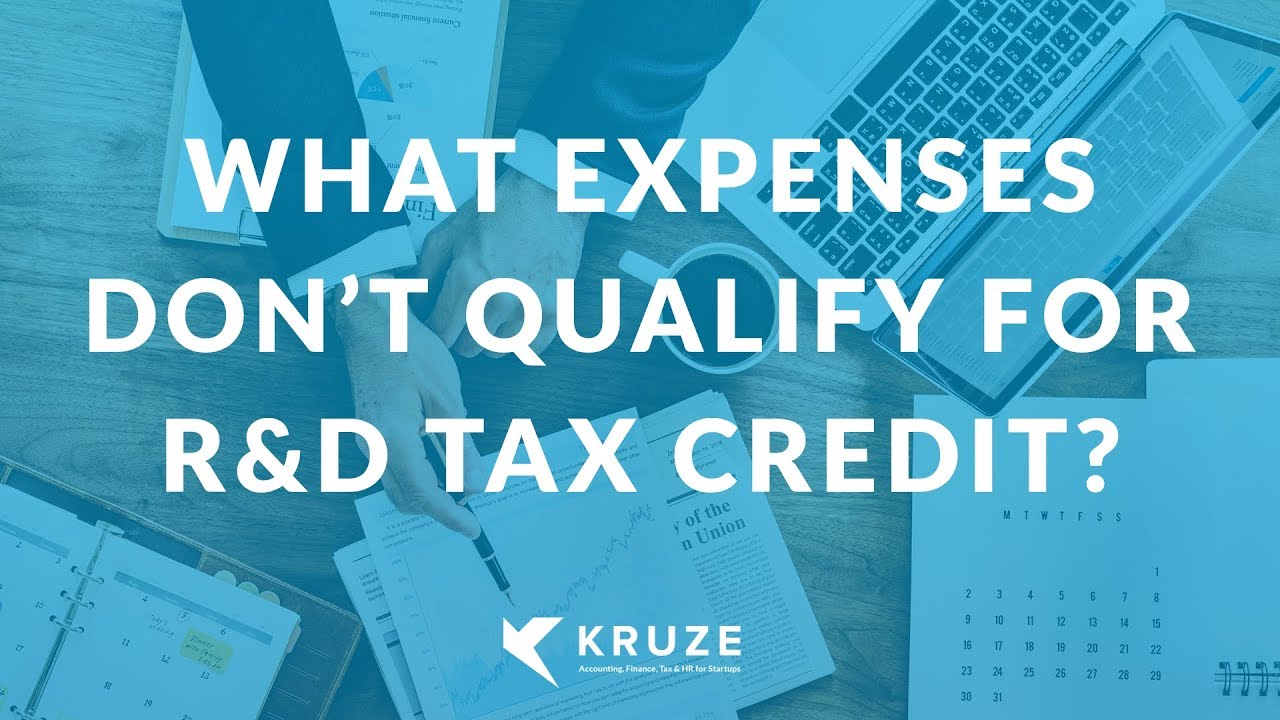 How do I claim the R&D tax credit payroll offset? 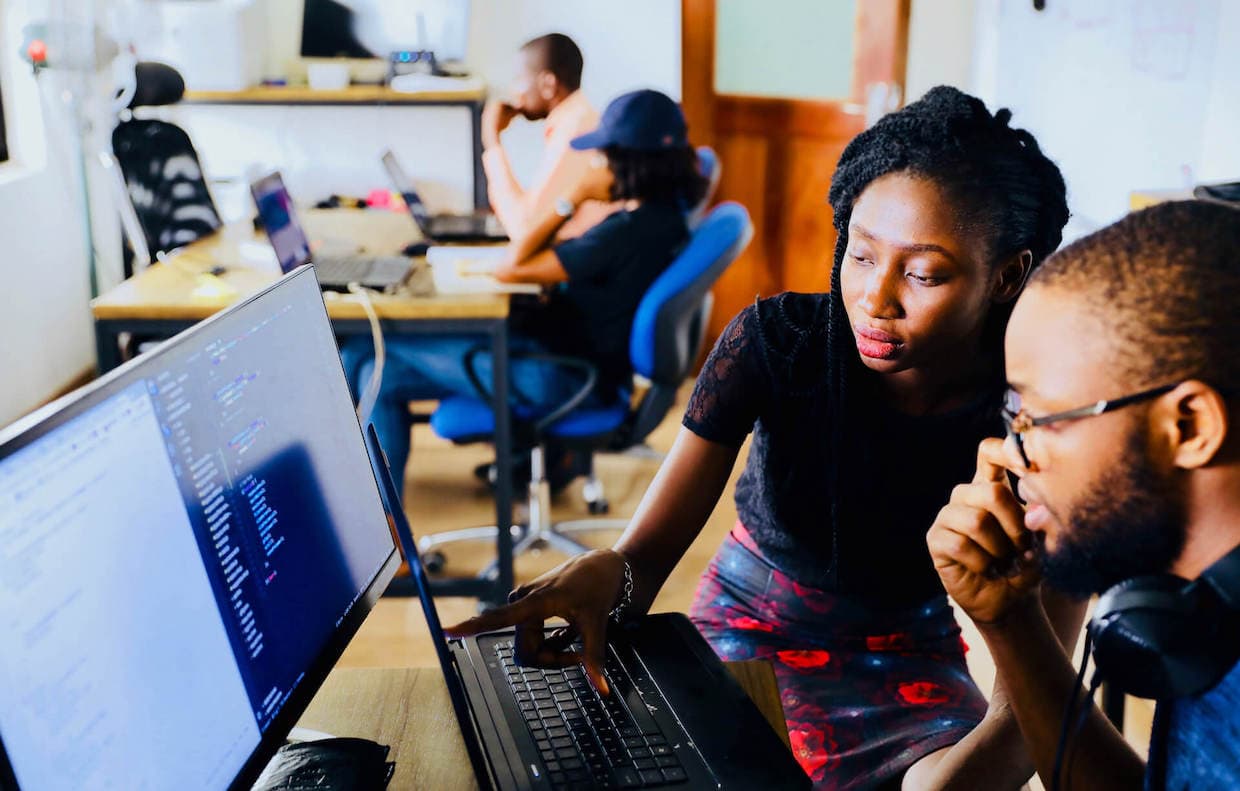 When should I file the R&D tax credit payroll offset?

In early 2021, after you’ve closed out your 2020 books. Work with your CPA on an R&D tax credit study: once you’ve determined what your tax credit will be, add it to your 2020 annual corporate form 1120 and file the return. In the quarter following your 1120 filing, you can start applying those tax credits to your payroll taxes. 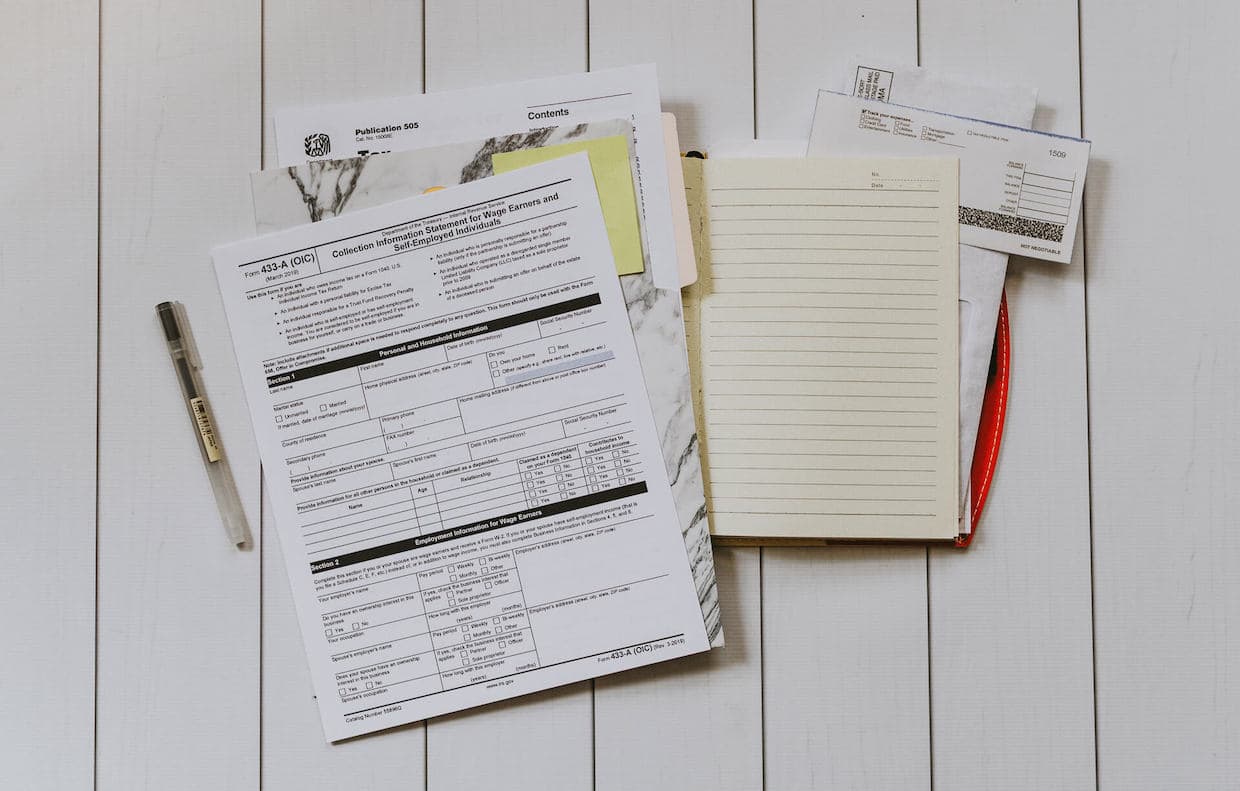 How much will my startup really save by implementing the startup R&D tax credit payroll offset? 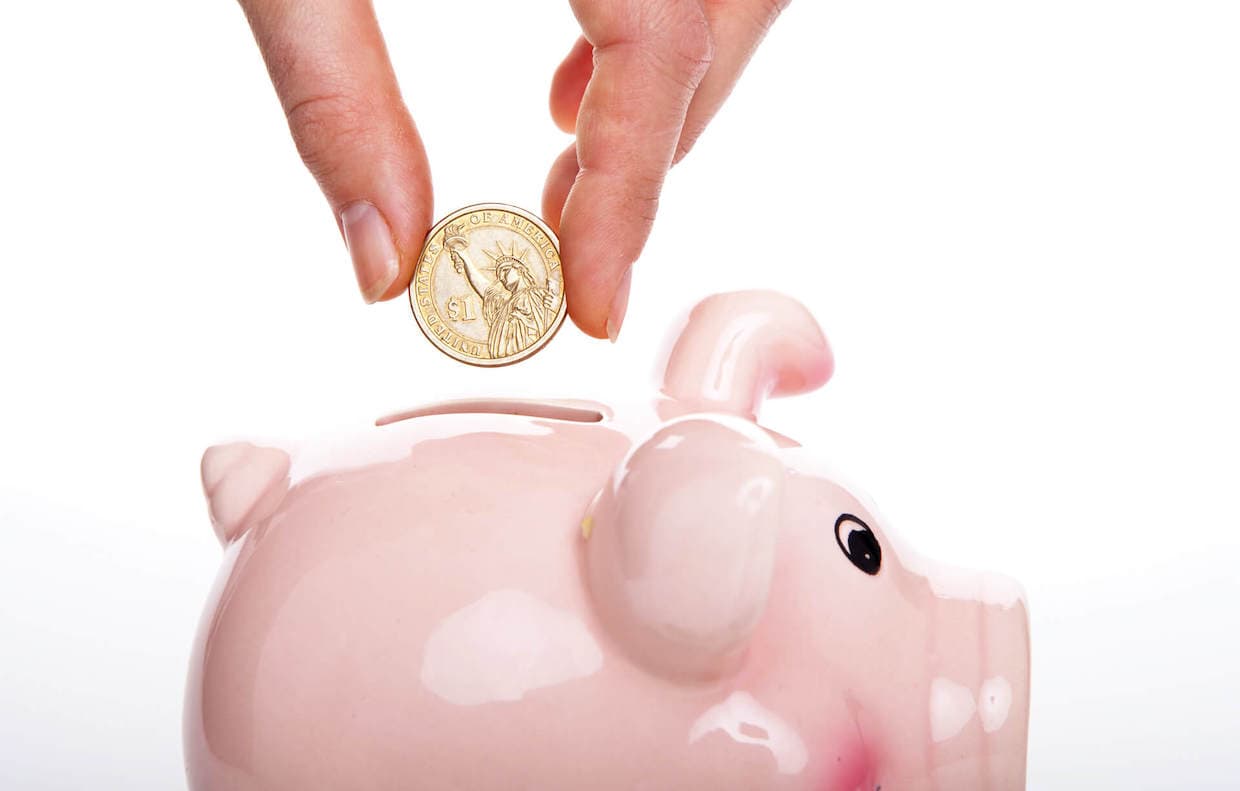 How much money can you save with the R&D tax credit?

You can save about 10 percent of your eligible R&D costs up to two hundred and fifty thousand dollars per year for up to five years. So, if you have about 2.5 million dollars in engineering R&D expenses for last year you can get that full credit. Use our R&D tax credit calculator above to estimate how could save. 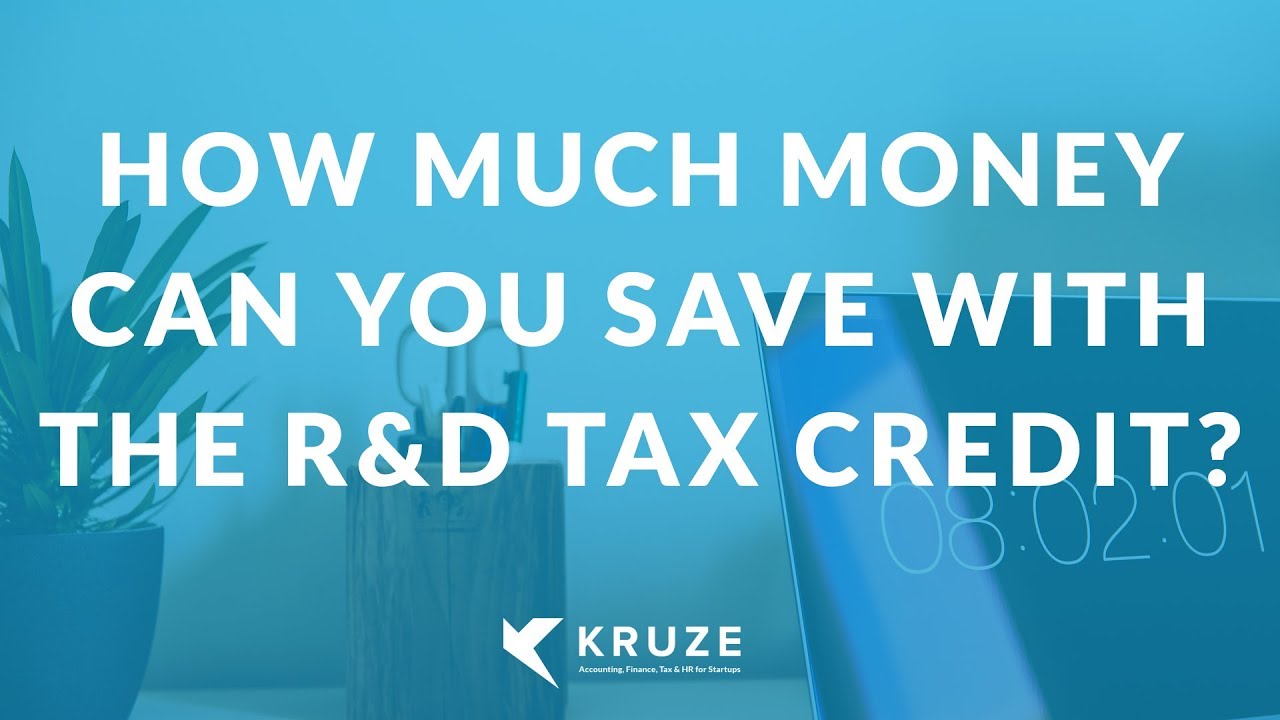 How Can Startups Benefit from up to $250K R&D Tax Credits and Deductions?

Many young companies with annual sales of less than $5 million can apply up to $250,000 of their research and development (R&D) credit to reduce their payroll tax liability. This means that many unprofitable, young companies can cut their burn up to a quarter of a million dollars per year. This replaces the older rules that did not allow loss making businesses (i.e. most startups) from using these offets until they generated an income tax liability (i.e. a profit!)

Your company should work with a qualified expert like Kruze to make sure that your business is eligible, and to conduct a solid study that only uses appropriate expenses that the IRS will agree with. 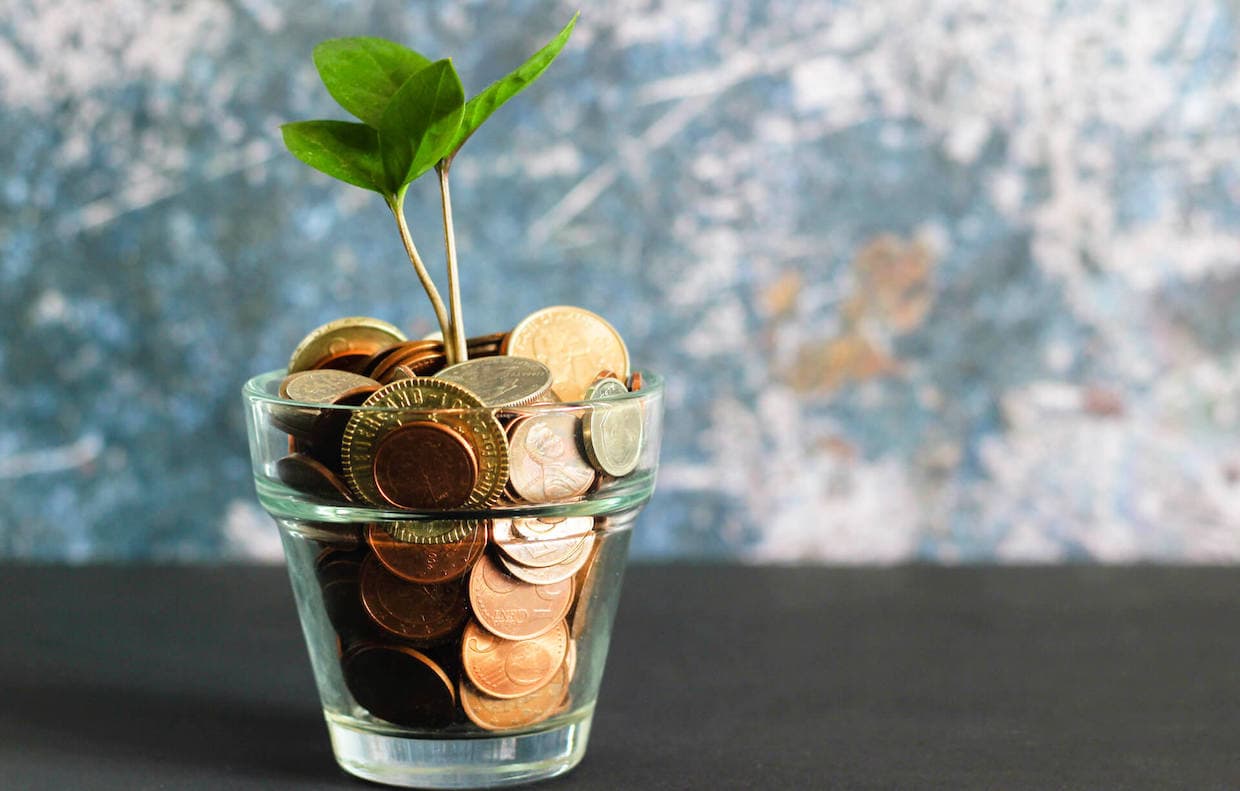 Can unprofitable companies claim the credit?

Yes. Your company does not have to be generating profits or positive net income to claim the payroll tax offset offered by the Research & Development credit. This is a very valuable, ROI-positive activity than an unprofitable startup can do to reduce their burn rate. 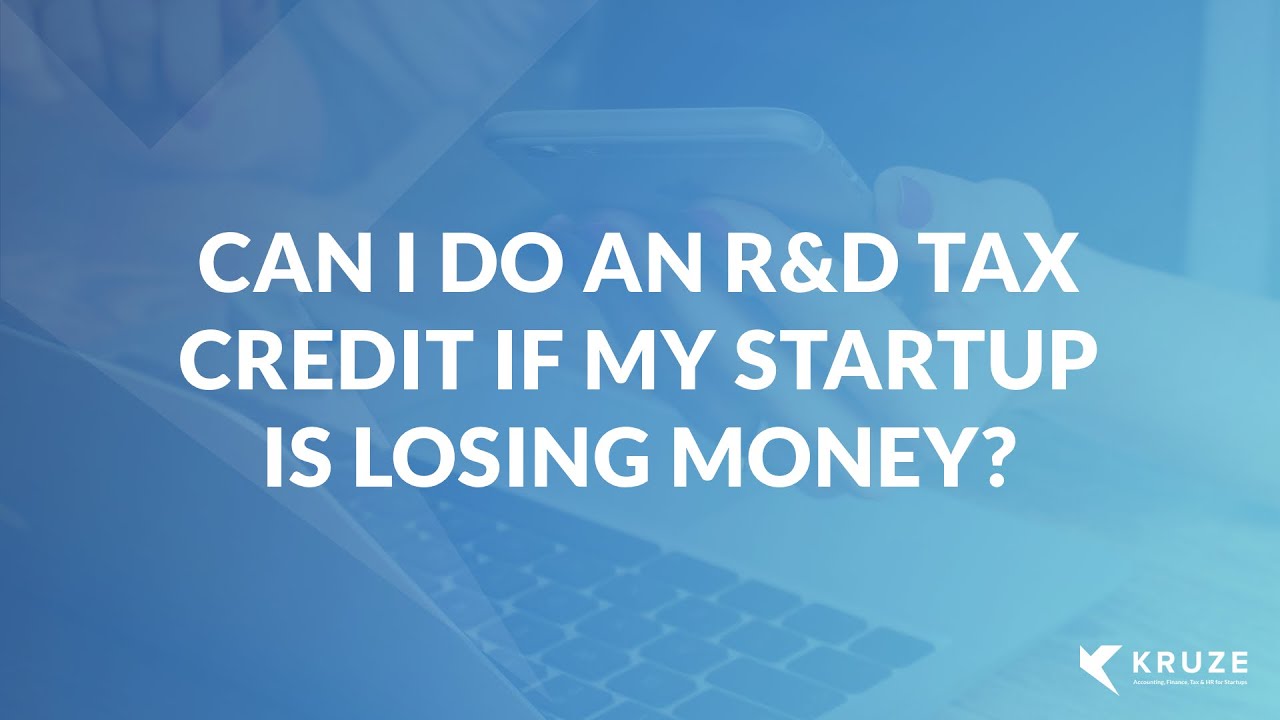 Which states have R&D tax credits?

What is a R7D tax credit?

A common misspelling of R&D tax credit is “R7D tax credit” - where the “&” is replaced by the “7.” This happens because the number 7 key and the ampersand key are the same on most keyboards (of course, you need to hit shift 7 to get the ampersand). Don’t worry if you’ve made this mistake - we’ve all done it!!

Thanks for reaching out!
Please note that January - April is our busiest time of year.
Please excuse any delay in response times!

READY TO CONNECT FOR A FREE CONSULTATION?

We are the experts at helping seed/VC-backed Delaware C-Corps with their accounting and finances!

Talk with a real accountant, not a generic salesperson!

Help us get in touch

Talk to a leading startup CPA
Table of contents
Contact us