Is it possible that a bank would fund with venture debt a company with no revenues? 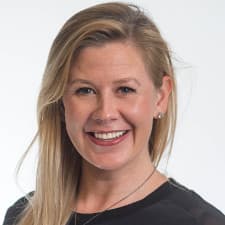 Yes, of course the bank or venture lender will loan money to a start up with no revenues. However, the company must be venture capital backed. A Startup Lender, like a bank or fund, cannot fund the company on their own. They are really lending against the equity that the venture-capital fund has put into the company and the progress the start up will make off of that equity.

Startup Lenders are generally lending against the ability of the start up to raise more capital 12 to 18 months down the road. It’s called future funding risk. If the lender believes the company will have significant traction or significant IP that will allow it to raise more equity capital, then the lender is willing to take the risk.

Some people believe that lenders will always write checks if there is a bunch of venture capital equity in the company. The thinking is that the VCs will always bail out the lender so the lender is not taking any risk. However this is absolutely false. Venture capitalists bail on start ups all the time, leaving the lender to clean up, sell the company and take a loss. It’s nothing personal between the VC and the Lender, it’s just the VC can’t throw good money after bad. The VC has often lost a ton of money in the company by this point so it’s understandable.

The big takeaway is that a startup lender cannot just rely on the VC’s to pay them back when the startup struggles, because they won’t. The company must be exhibiting traction and be able to attract another round of equity. If the next round looks promising, the banks and debt funds will lend.