This is the story of how a 20-person startup lost $100,000 of their cash because they didn’t have EPLI.  If you are a startup founder, have employees, and haven’t heard of EPLI, this post is for you!

StartupCo is a small, 20-person, San Francisco-based startup in the bio-tech space that is actively working to find product-market-fit for its sole product.  In anticipation of some promising commercial opportunities they decide to grow the Business Development team and in August, find a candidate who matches their profile. The candidate, who is living in Nebraska at the time, is excited about the opportunity and relocates California on the Company’s dime.  Fast forward three months and those promising prospects have failed to materialize.  With a combination of the diminished prospects and under-performance by the newly hired Associate, the StartupCo makes the difficult decision to terminate the employee.  Not long after, the Business Development (“VP, BD”)  leader who hired the associate departed the Company on poor terms.

Roughly a month after the termination, the StartupCo receives a notice that has been filed by, shall we say, a less than respectable, lawyer, claiming that the associate was unlawfully terminated.  The suit goes on to claim several years’ of due compensation and damages that climb well into six figures.  Despite having an offer letter that had been “blessed” by a white shoe (prestigious and reputable) law firm that clearly includes “at-will” employment language, the filing was deemed to have merit.  The fact that there was an out-of-state relocation, had an impact on the decision to give the suit standing, as well as the fact that the Associate claimed that his hiring manager, the now-departed VP, BD, had promised him two years in the role.

Because the claims were so egregious and facts so firmly in support of StartupCo, they were tempted to defend the lawsuit.  Due diligence along that path revealed that legal costs could easily run into six figures before any ruling was issued, and then, additional monetary damages could be awarded to the former Associate.  In the end, working to settle, was the desired approach.  After much back and forth,  StartupCo settled on a payout of $65,000 and wound up incurring $35,000 in legal fees, or the equivalent of a year’s salary for someone who could have been building this early-stage business.

While StartupCo had many of the basic insurance packages, General Liability, Workers’ Comp, and D&O, it did not have EPLI, which stands for Employment Practices and Liability Insurance.  This is the kind of policy that covers claims under Sexual Harassment, Discrimination, and Wrongful Termination, to note a few areas.  It would have covered StartupCo’s exposure in the above situation.  EPLI is an inexpensive policy, relatively speaking, and as the above story demonstrates, it only takes one claim to have an ROI that lasts many years.

StartupCo, didn’t think that their small team needed something like EPLI, given the close-knit community they’d developed.  They also felt they were too small to have an employee handbook, which details company policies and governs acceptable behaviors and conduct.  It turns out, they were wrong on both fronts.

Fast growth startups are rightfully focused on maintaining growth, not covering themselves against unexpected risks. But as companies grow, they become more and more likely to experience issues where insurance like EPLI can help. After a company has raised a real amount of venture capital funding, getting the right amount of insurance in place is a good idea. We’ve recommended before that once a startup reaches the Series A funding level, this kind of insurance coverage is a good idea. (Read more in this post on What CEOs need to know about insurance.)

As a Fractional CFO for venture-backed startups, I’m acutely aware of the importance of cash and frugality to early-stage startups.  However, it’s also my responsibility to ensure that business risks are minimized, leverage my experience to “see around corners” and develop business plans for various business and economic scenarios.  These are just a few of the ways that a seasoned business leader can be a strategic partner to a startup founder.  In any case, make sure your roster of insurance policies includes EPLI. 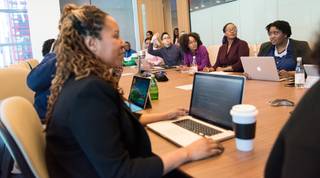 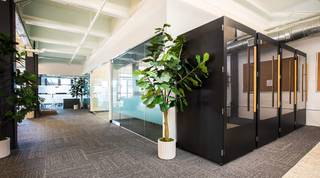